Greater Than, Less Than, Equal To?: Womanizer Vs. Satisfyer

The Womanizer is a pretty infamous toy. There’s always some reviewer, some customer, or some random person in the grocery store pining over it or remarking on how great it is. “Best toy ever!” “Guaranteed orgasm.” “Just like oral sex.”

Of course once we started carrying the Satisfyer which claimed to serve a similar function, was waterproof, and $70.00 less with a gender-neutral name, customers had questions. All of them boiled down to whether the Satisfyer was a comparable but affordable option to the Womanizer or just a cheap, mediocre, knock off. Well, we couldn’t know unless we tried it. So here it is. 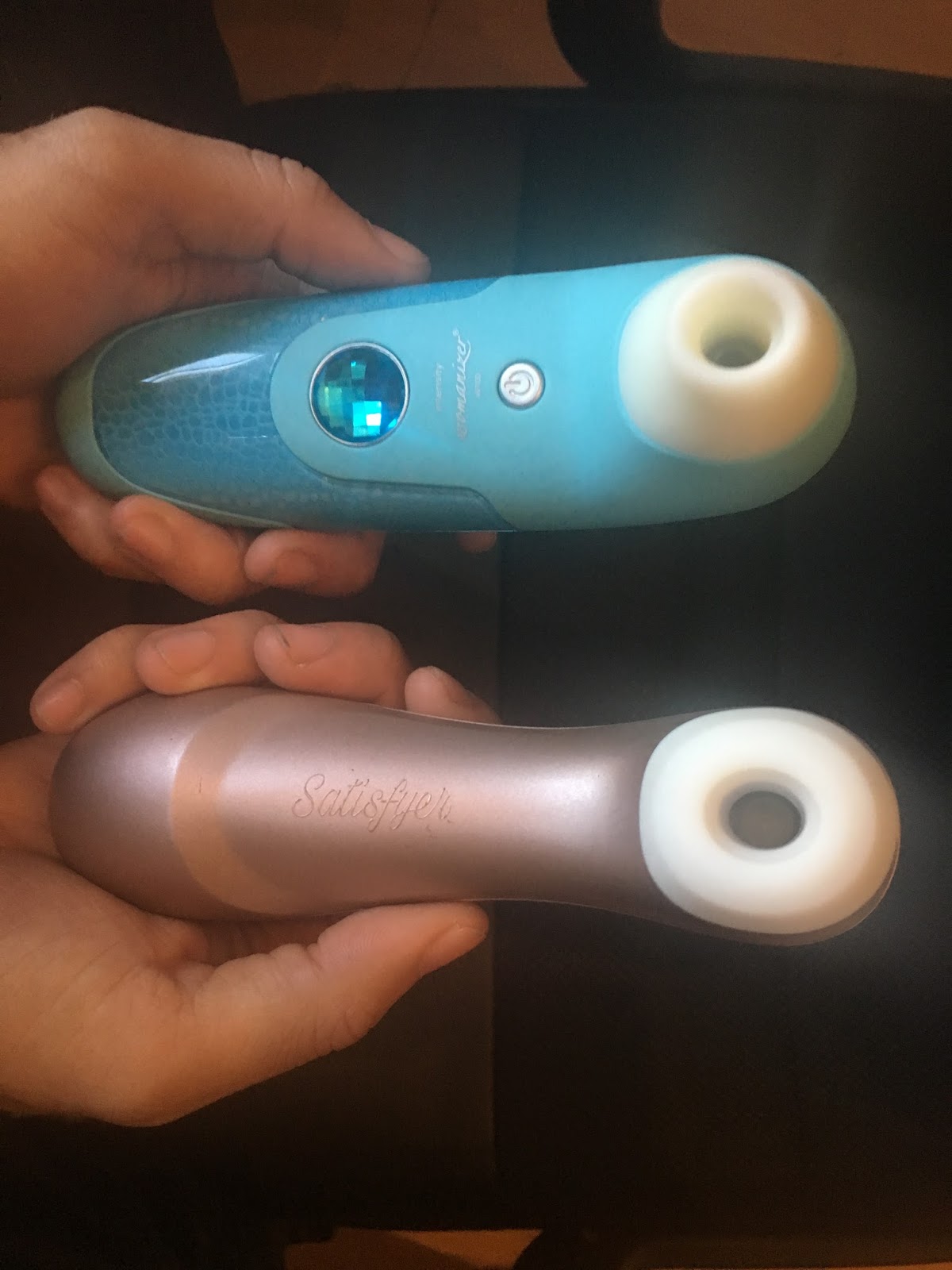 It should be noted that I am able-bodied, queer and cisgendered. I have a vulva with an uncircumcised clitoris. I am not menopausal and while I don’t dislike vibration, I am pretty indifferent to it. All of these factors impact how I am able to use and enjoy a toy. I should also mention that both companies have a whole line products. The two models I am comparing are the Satisfyer Pro 2 and the Womanizer W100.

So now you have a better idea of your reviewer, let’s dive in.

So Why all the Buzz?

Well for starters, both the Womanizer and the Satisfyer offer a different sensation than that of the classic motorized sex toys as they do not provide suction or vibration. Instead they use pressure technology. Womanizer uses their trademarked Pleasure Air Technologie® that is said to stimulate the clitoris without direct contact. This reduces the chance of hypersensitivity and overstimulation (No numbing! No soreness!). Satisfyer uses “pressure wave stimulation” to do the same thing. According to many users these innovating technologies do work. So yay!

Both pair well with solo and partnered sex and can be used to stimulate the clitoris, frenulum and coronal ridge on the penis, nipples, and labia. And since the brain is the biggest and most complex sex organ, I’m sure someone can think up even more erogenous zones and hotspots to stimulate. I have tried both toys on my nipples and there was mild suction, which was a little exciting but not nearly as intense as direct clitoral stimulation. And, even pressing the toys up against my neck was fun.

Another good thing about the Satisfyer and the Womanizer is the fact that they are rechargeable, and hold their charges fairly well. Each toy’s battery can last up to 90 minutes depending on how often you use the toy as well as the intensity levels used. Both toys also charge relatively quickly: 70 minutes for a full charge on the Womanizer and 90 on the Satisfyer. I haven’t had to charge either toy since I’ve gotten them. 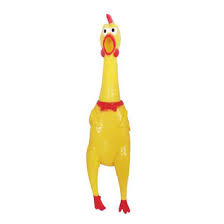 At first glance, both toys have a similar design. Both are made of a body safe ABS plastic, come with a removable silicone head and remind me of rubber chickens.

The removable heads on both toys are too small to fully surround larger clits. So people with larger clits miss out on the full experience of the pulsating pressure. When engorged, the shaft of my clit is pretty long but remains close to my body. So I am very curious of how it would feel to have my entire clit–shaft and head included–surrounded. (Guess I’ll never know.) That said, the Womanizer’s later models (like the Pro Deluxe) come with an XL exchangeable head (There’s hope).

Each has two buttons: a power button and a button for adjusting the settings. Having only one button for the levels was only mildly annoying and not a huge deal breaker as I could jump back to the lowest setting by pressing the power button once.

That’s where most of their similarities end:

Both toys are louder when off body and quieter when on. The Satisfyer’s lowest setting is quieter than that of the Womanizer. Outside of that, the Satisfyer is definitely the noisiest of the two. At its fifth level, it sounds like electric clippers. To top this off, its buttons click and clack in a very audible fashion. 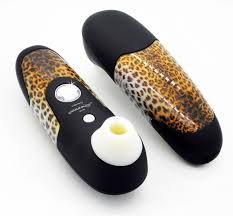 Definitely not. Well, at least not like the oral sex I’ve received. Like most motorized sex toys, neither the Womanizer of Satisfyer offer enough variation, subtlety, wetness or warmth to fully simulate oral sex, especially not cunilingus.

In addition to giving me good orgasms, both toys are also strong enough to make the bottom half of my vulva throb in a good way when placed at the vaginal opening. 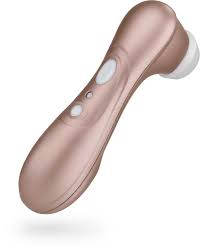 The Satisfyer’s first setting is really subtle, even more subtle than the Womanizer, but feels fuller like a purr on the genitals. I definitely prefer the Satisfyer’s lowest setting to the Womanizer’s because it feels broader and less pinpointed. There’s a huge jump in intensity between the Satisfyer’s first and second levels. This is somewhat off-putting because with eleven settings you’d think it’d be more gradual. After level six on the Satisfyer, the settings blend together to the point I can’t differentiate between them. Despite these minor flaws, the toy’s settings are very strong and capable of successfully stimulating other parts of the vulva as well as chasing down my roaming hot spot.

Neither of these toys numbed my clit. However at their higher settings, they did make it hypersensitive, which was uncomfortable at some moments and pleasureable at others.

The exchangeable heads are easy to clean. For both toys, I remove the heads and wash with mild soap (heavily diluted, unscented liquid Dr. Bronner’s) and warm water. Because they are silicone you can drop them in a cup of piping hot water or boil them. I clean the headless nozzles (A.K.A. pressure chambers) with a Q-tip and alcohol or toy cleaner and wipe down the body of the toys with a damp rag or paper towel.

It’s a pretty close decision. Neither toy is my go to because I tend to prefer penetration, broader vulvar stimulation and more indirect clitoral stimulation. Both are clit-specific and maybe a little too pinpointed and specialized. However, they have been great for getting myself over the edge as well as fattening up the clit for other sexual exploits like clit clamping or receiving oral sex. Overall, I had a lot of fun testing them both out. But if I had to choose one to accompany me for weekend on a deserted island, I would have to go with the Satisfyer. I really enjoyed its first and lowest setting and when it comes to stimulating the rest of vulva, like placing it on the lips, vaginal opening and the fourchette it’s more effective. It is also waterproof, less bulky and has a more chill femme design (what can I say, my aesthetic is pretty chill femme). Don’t get me wrong, the Womanizer is a good toy. It’s truly a luxury item. Customers are most likely paying for its motor, which is superior to that of the Satisfyer. I was more able to believe that the Womanizer was using air pressure technology than the Satisfyer because the subtlety and uniqueness of its sensation as well as the type of sound the toy produced. I imagine it working best for those who hate vibration but prefer direct clitoral stimulation and love the high femme aesthetic. In short, the Satisfyer is comparable to the Womanizer in what it can do (i.e. offer a quick climax via clitoral stimulation) but not i how it feels. 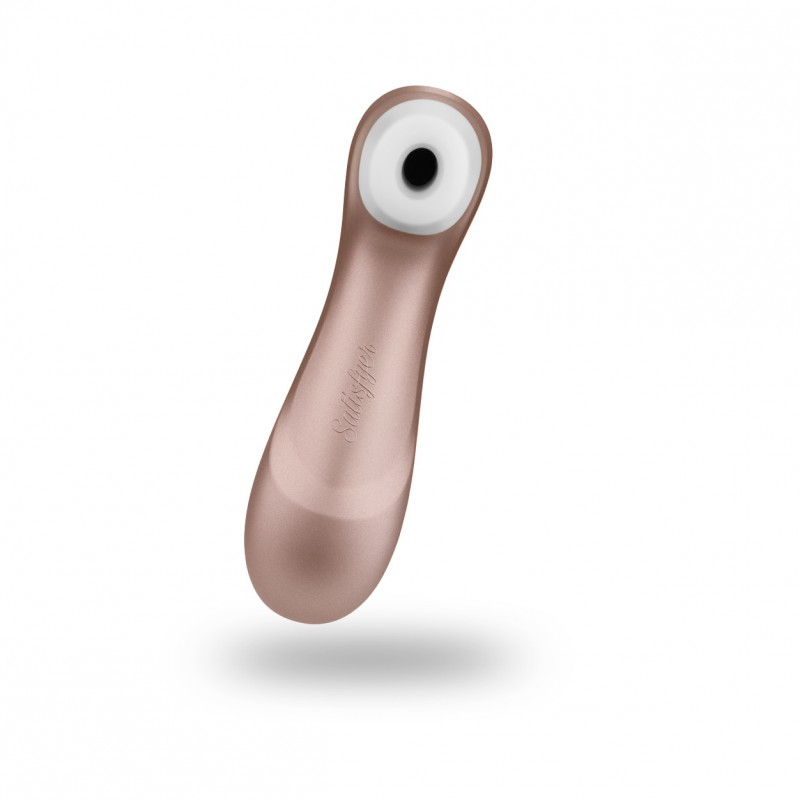 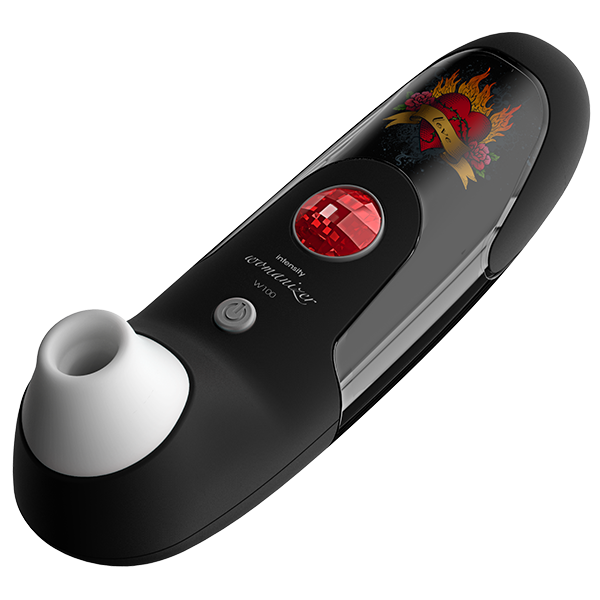